QuickPic is an online photo gallery app for Android that makes it possible to sync all of your photos to your favorite cloud service of choice.

QuickPic was a standout amongst the most acclaimed third-party applications on the Android Operating System. Everything was going fine till Cheetah Mobiles, an application advancement firm, got it in 2015. While the first designers of QuickPic had kept it without any notices, Cheetah Mobiles following its pattern to push ads to each application under its pennant,drove ads in QuickPic also.

Two or three months prior, Cheetah Mobiles and a related organization called Kika Tech were blamed for utilizing broad consents in their Android applications to falsely guarantee commissions for application installs from advertisers. The applications that were under radar previously had overtwo billion downloads in the Play Store at that point and had around seven-hundred million active users. Google later discovered that Cheetah and Kika applications were evidently manhandling their consents and were conflicting with the policies of Android. This brought about Google bringing down fifteen applications under the Cheetah Mobiles pennant and QuickPic was one of them.

Despite the fact that the apk version of QuickPic is accessible for download on numerous platforms, it isn’t prescribed to install it on your android device from any source until Cheetah Mobiles are cleared of the allegations and the application reappears on the Google Play once again.

Without wasting time, here is the list of best options to QuickPic which can fill the emptiness made by the vanishing of QuickPic.

The name may make this app look so simple but trust me, Simple Gallery is one of the most powerful android applications present on Google Play Store. It is a perfect alternative to QuickPic because they both have the same user interface. Simple Gallery is capable of accessing all folders within and Android device.

Once installed on your Android device, Simple Gallery will arrange your photos in their respective folders on the primary screen. The app gives an option of changing the view and mode sorting. There are also lots of customization elements like colors, column sizes and buttons within the app.

The only major downside of the app is that it doesn’t have the feature where images are grouped according to the month of creation. But, you can view a timeline of all your photos by using the option “Show all folders content”.
If you accidentally delete a photo, it automatically goes into the recycle bin where you can be able to access it and restore it back.

The free app is available for download on Google Play Store. If you want a version of this app with no ads and constant updates, you can go for the premium one at a fee.

F Stop Gallery has been around for a very long time now in the Android space. It has undergone tons of updates and it is one of the best gallery apps on Google Play Store.

It has a beautifully designed user interface that resonates with Google’s material design philosophy. The app is very much similar to QuickPic but has a few distinct features like the ability to quickly search different files, save tags, add albums, hide albums and set passwords to albums. The app also comes with Google Maps integration feature which may be so important to many users.

All the above mentioned features are in the free version but the pro version has even more features and is eligible for constant updates. 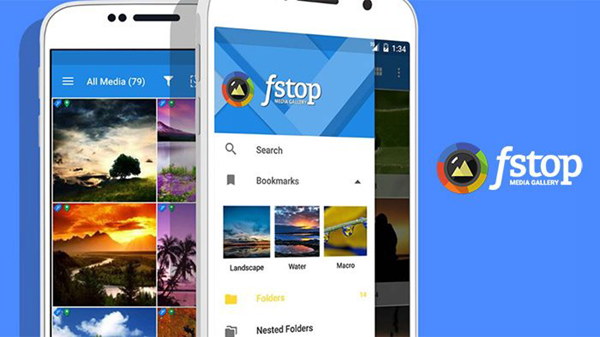 Piktures – Photo Album Gallery has a sleek user interface optimized for taller displays with an aspect ratio of 2:1.
The app has an inbuilt gesture navigation feature that allows users to use different elements of the app with simple gestures. Piktures is fast, easy to use and does not have annoying ads. It also comes with built in video player, image editor and GIF editor. You can also be able to sort albums on various topics like location.

Piktures also provides the option of securely locking media files in a secure drive with a PIN code protection. One other excellent feature on this app is the ability to extract texts from images just like Google Lens does in Google Photos.

Apart from its beautiful design, Memoria lets users view images inn their folders and even without folders. It is very easy to switch between the two modes. This can be done by a swipe.

Memoria offers features like favourites, pin, hiding albums, cover photos, and more. It also lets you customize the home screen in any way you want. This feature, however, is only available on the Pro version.

The Pro version also comes with the feature where you press and hold to view it. This feature is called vault and is very common on Instagram. 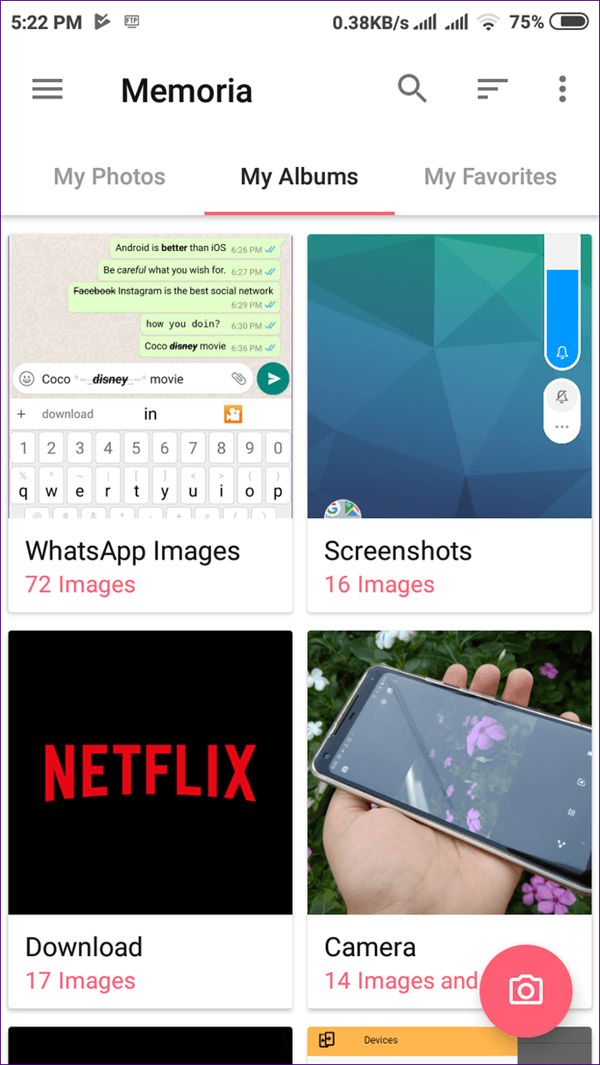 Just like Memoria, A+ Gallery also lists images as individual images or within albums. For the individual photos, you can sort by day, month or even a year. The pin feature is not available on this app but you can comfortable add images to favorites.

Also, you can change the theme on your app, view online albums and even hide albums on the free version. The major downside is that the app displays ads which may reduce the user experience. To remove the ads, you will need to buy the premium version of the app which also comes with the recycle bin and more themes. 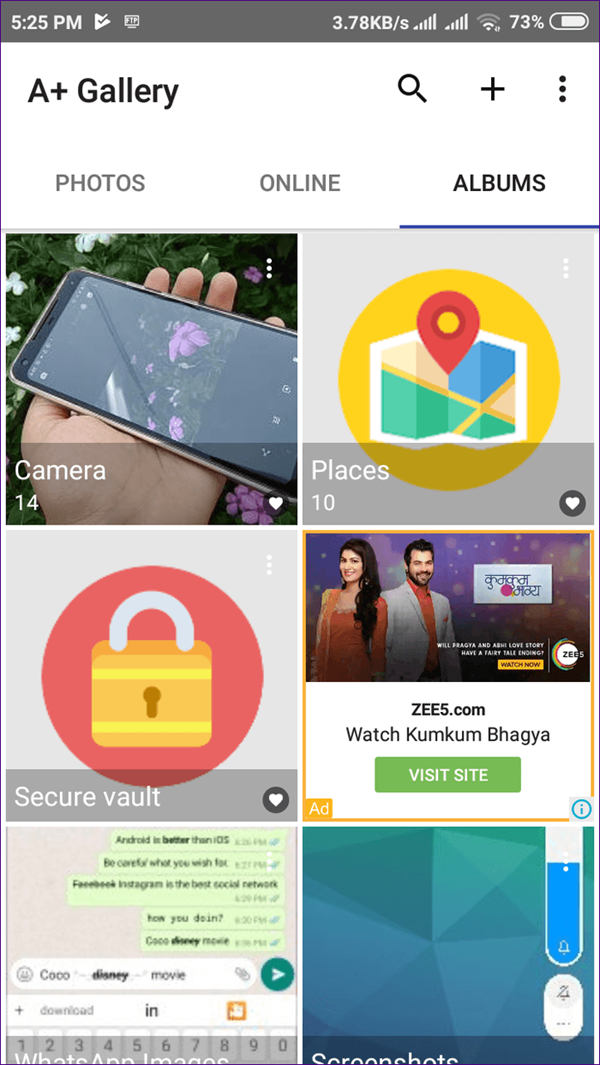 Now, this is the most simple and easy to use gallery app for an Android device. It serves as the best alternative to QuickPic as it offers features like themes, excluded albums, hidden albums and numerous customizations like style and column size. 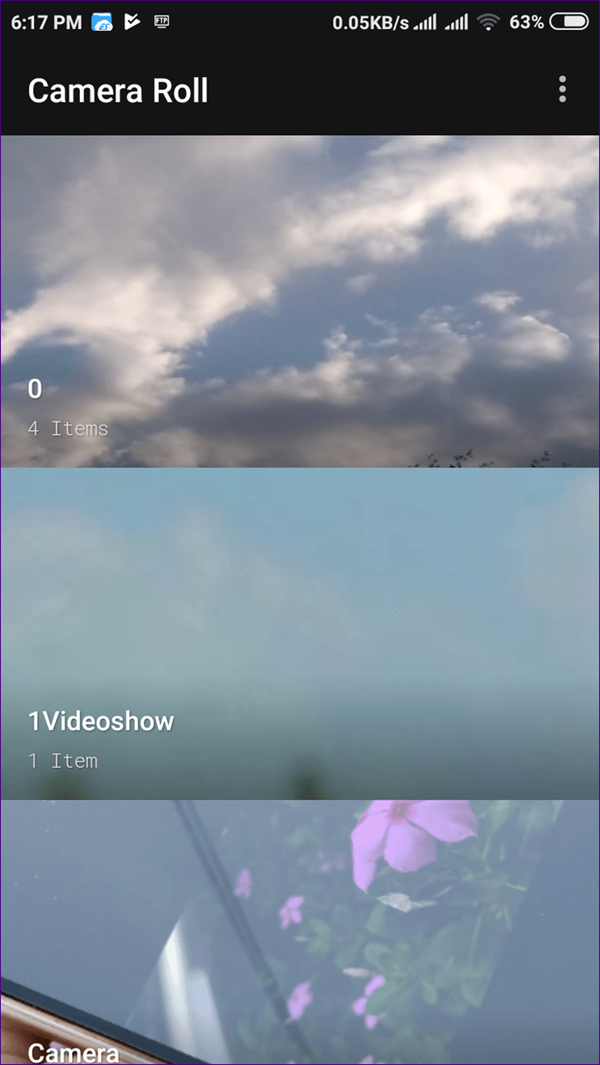 This list is not in any order. All of the apps in this list are great and can serve you even better than QuickPic. Anyway, if I were to pick an app from this list, I would go for Google Photos because it is mostly free, provides storage in the cloud (very safe and unlimited) and all the media files sync easily between the devices you use.

The above are the best QuickPic alternatives that you can try out on your Android device. I hope you find and settle on one that serves you right. Do share with us your experience on the comments section.

Also Read: How to recover deleted files from pendrive