You will be lying if you say Snapchat isn’t your favorite app of all times. You can share the memories you are making with your family and friends to make them a part of it. It is also a great way to collect memories for yourself, show gratitude to others, or just make them jealous.

However, it comes with a big downside, which is something all of us hate about Snapchat. When you save another person’s videos or photos, they get a notification, and the whole thing becomes way too awkward. Snapchat has the feature in place for user safety and is doing great in it.

Sometimes, you might need photos and videos to make a collage for your friend’s birthday but don’t want them to know about it. Other times, you might just be collecting evidence or saving for a memory. If you are wondering to how to screenshot on Snapchat without them knowing about it, then we have a solution for you.

Also Read: Save Instagram Photos and Videos on Android Phones

The 8 Amazing Snapchat Saver Apps You Can Use Today

There are many Snapchat saver apps available on iOS and Android that save photos, videos, and stories and here are the eight best of them. These apps stop Snapchat from alerting the other user that you are saving their content.

Known for its simple and clear user interface, Snapkeep for Snapchat is the easiest to use. When you download the Snapchat story saver on your mobile phone, either Android or iOS, it replaces the regular Snapchat app as you can use it in its space. It is very similar to the original app, so you won’t face any difficulty while using it.

You can save Snapchat pictures, videos, and stories with it and also add cool doodles to your uploads. There is no limit to the number of you can download Snapchat content and is a favorite among Snapchat users because it is ad-free and allows you to use it along with Snapchat simultaneously. 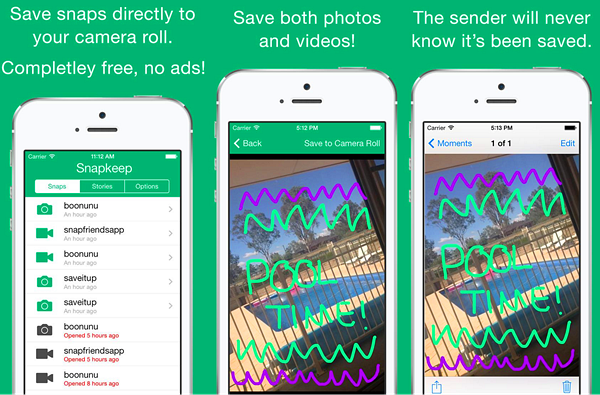 Snap Box is a Snapchat video downloader that is available on both Google Play and Play Store. The simple graphic user interface makes navigating through the app hassle-free. All you have to do to save your friend’s photos and videos is simply tap on it, and your work is done. You need to login into your Snapchat account on Snap Box to save the photos, videos, and stories. It is completely free of cost and saves content directly in your gallery. However, it interferes with Snapchat’s account authentication policy and hasn’t been updated for quite a while. 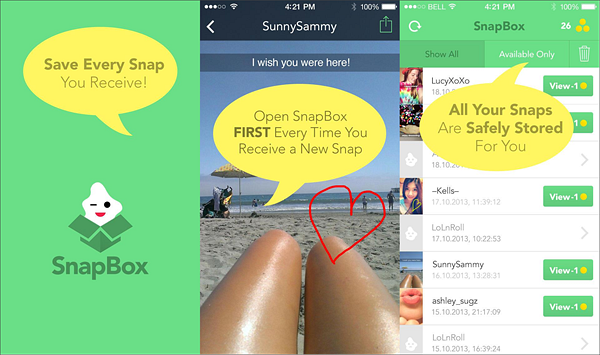 One of the best apps to save Snapchats, Snap Save is a simple app to save Snapchat photos and videos conspicuously. It is one of the old Snapchat saver apps, so there hasn’t been an update for a long time. Snap Save is not available on Google Play or App Store, so you will have to download it from another source. It works on all old and latest versions of Apple and Android devices.

You don’t need to register or login for using the app. If you want to use the web version, you will have to pay $5 for it. The only downside of using this app is that it hasn’t received authentication from Snapchat, so your account is at risk of getting suspended. 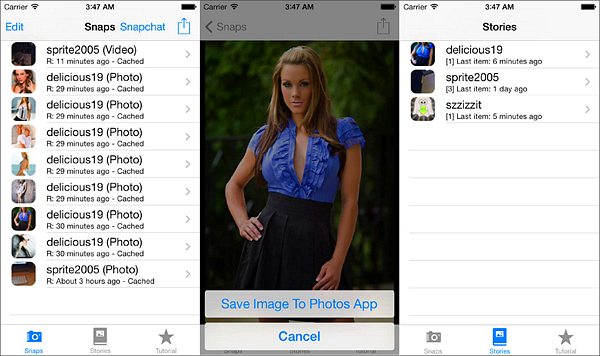 Download SnapCrack today to save Snapchat stories, videos, and photos effortlessly without the other user knowing about it. The user-friendly and interactive design helps you to use the app without any struggles. You get a lot of features in it, which include saving videos and photos in HD quality, capturing chats, and unlimited time limit for recording videos. The app is compatible with all types of iOS and Android devices. It doesn’t need you to register or sign-up, which is something we love about this app. 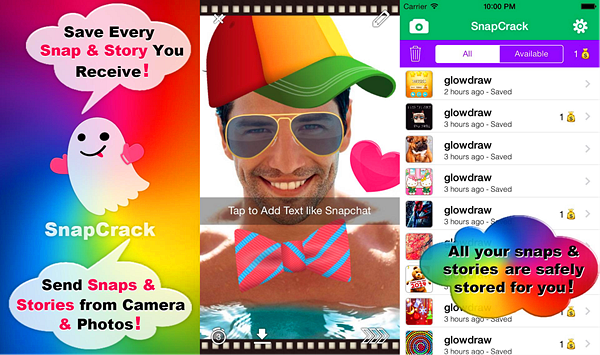 Designed especially for Android phones by dr.fone, MirrorGo Android Recorder allows users to replicate their mobile screen on a laptop or computer. After the devices are mirrored, you can record the screen and save it using the Snapchat saver app. You can use it with an Android phone on a Windows laptop or computer. The app allows you to play games while you are taking Snapchat screenshots and use other apps as well. It doesn’t need any login and is highly secure at the same time. 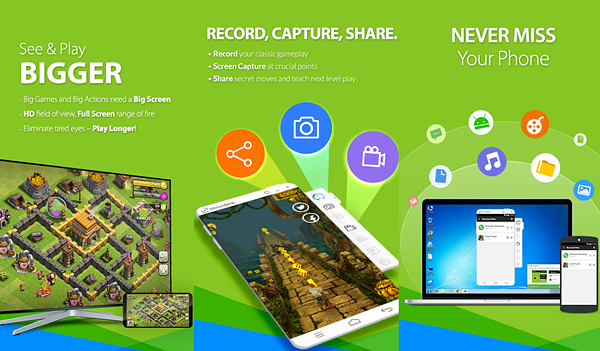 A relatively new Snapchat saver for Android, Casper’s interface is very similar to Snapchat where you can record videos and save photos of other people for free. In fact, it is better than Snapchat because it offers some cool functions like stickers, forward snaps, and unique new filters.

Unfortunately, it doesn’t have authorization from Snapchat. The app is only available on Android devices currently, but it supports almost all versions. 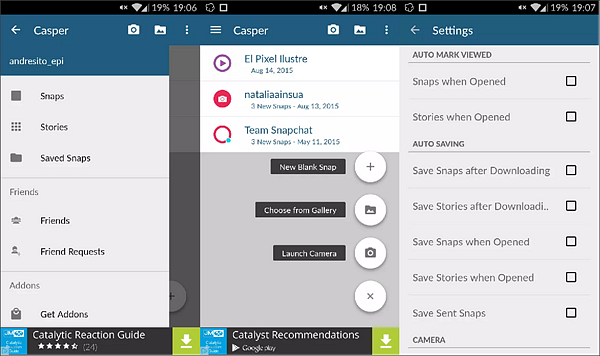 Compatible with all versions of iOS, iOS Screen Recorder is an easy to use and secure way to save Snapchat videos and photos without the other person getting a notification about it. Unlike most of the other apps, this one doesn’t interfere or tamper Snapchat’s policies, so the chances of your account getting suspended or deleted are minimal.

You can also use it to mirror your phone on other iOS devices including tablet, monitor screen, and laptops. Other functions include recording videos and games. It supports iOS devices as well. Also, there are no ads in the app, so you are assured a smooth user experience. 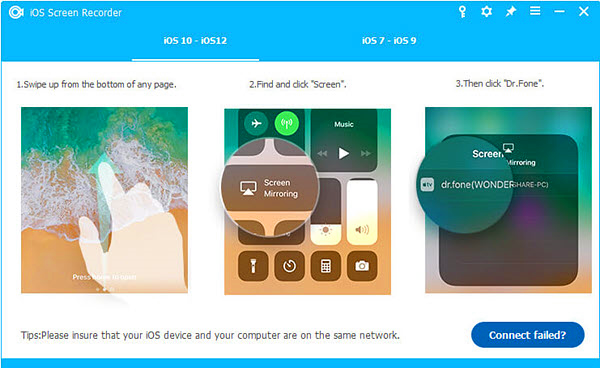 Saver for Snapchat is very different than any other app that we mentioned on the list. It is the only app that allows you to access Snapchat on your Windows laptop or PC. Once you synchronize the app, you can record the photos, videos, and stories and save them on your computer. The one-step login authentication is simple and hassle-free. Unfortunately, it isn’t as secure as other apps and can tamper with Snapchat’s authentication policies. After you save photos, videos, or stories, you can save them as long as you want. You can transfer them from your phone using a USB cord. 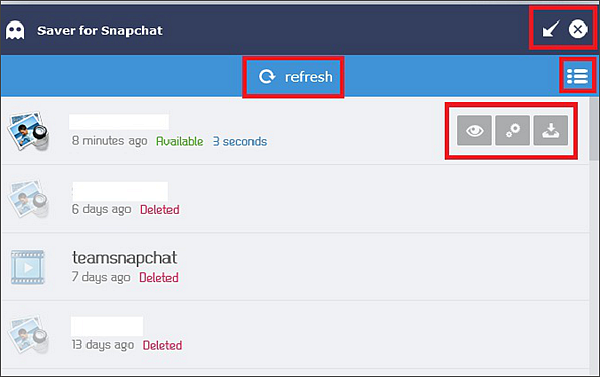 Saving or downloading your friends’ Snapchat videos, photos, or stories without their knowledge isn’t always a pleasant situation. You must remember that none of these eight third-party mobile applications are authorized by Snapchat, so there is a good chance that you might land in trouble for using it. You aren’t going to use them everywhere. Use these apps only where you are in a difficult situation. Other times, inform your friend that you are saving their Snapchat content. If you don’t, at least mention them the reason why you are taking the Snapchat.

After trying all the eight apps, Snapkeep for Snapchat is our top favorite. Its simple user interface and easy navigation feature make it an on-the-go app to use. You can use it on both, iOS and Android phones, which is a huge plus. The app can replace the original Snapchat app so that you can use it as the default Snapchat app. Another wonderful thing we liked about this app is that it doesn’t contain any ads, so nothing is disturbing you.

Tip: If your saved Snapchat pictures, videos, and stories are lost or deleted by accident, here is a powerful Android data recovery software that can help you recover deleted Snapchat photos from your Android device quickly. 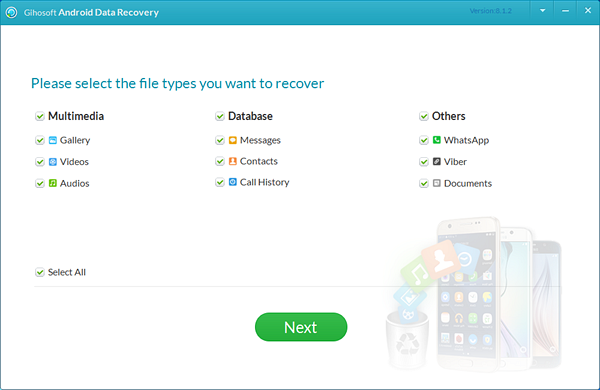 SnapCrack is our second favorite for its unlimited recording time. Its completely free of cost and comes with a series of awesome features like stickers and doodles. It is compatible with iOS as well as Android devices. Our third favorite is Snap Box. The app directly saves the photos, videos, and stories to your phone’s gallery, so that’s one less thing you have to worry about.

How are you going to get started using your favorite Snapchat now?