VR apps are an excellent choice for all those Android users who are having VR (Virtual Reality) headsets with them. The VR technology is a special kind of technology which will let you experience all the different type of motions, sounds, images, and sensations which will make you feel that you are present at that spot. This is really an exciting concept which is firing up among the Android users day by day. This virtual reality experience is the best experience that any Android user can get at home if he/she owns an Android smartphone and a VR headset.

What else can be a better option other than Google Cardboard App to start this list ? This VR app is an incredible choice for all the lovely Android users who are looking to make the best possible use of their VR headset. There are so many VR games present in this app, which can be played by the users to experience the virtual reality with the help of their VR headsets. , and any user can download this app from the official Google Play Store.

This VR video player app is another very great choice for the users who want to watch a movie in 3D effects. Moreover, this app is having an integrated library that will let you import all the film inside this app for quick navigation. You can watch full-length videos using this Android VR app unlimitedly for free. So, install this app from the official Google Play Store app and start watching movies in 3D effects. 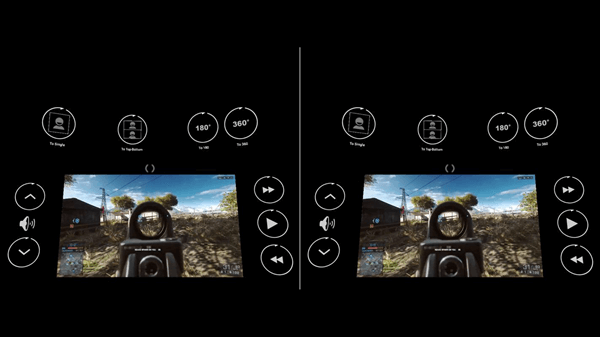 We all know that YouTube is the best source of watching videos unlimitedly for free. So, turn on your VR headsets and open the YouTube app to experience the vast collection of 3D videos exclusively for free. You can easily watch the most trending and popular videos on YouTube in 3D effects if you use VR headsets. So, YouTube is another very suitable option for the users who are looking out to get a good VR Android app.

This is another prevalent choice as a VR video player among the users which offers impeccable features to the users. This VR video player will allow all the users to manage and watch all the 3D videos which you have added in your collection. You can set up different settings controls inside this app, which will let you stream all the 3D videos hassle-free. Moreover, almost every type of video format is supported by this awesome VR video player. So, definitely a perfect choice as a VR Android app for sure. 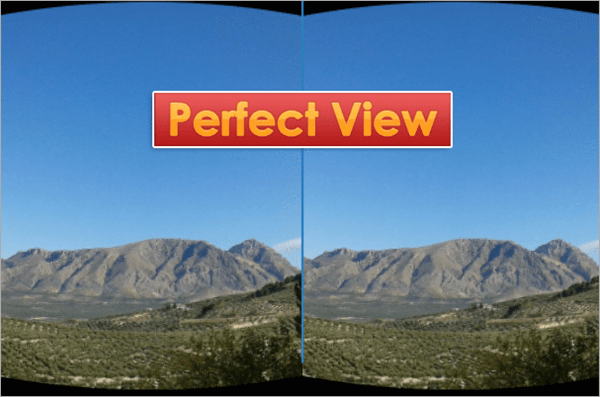 Yet another very brilliant Android VR app which is pretty much popular among the Android users from all around the world. This spectacular VR app will allow all the users to experience all the different 3D videos in a very high-resolution quality. The user-interface of this app is another very good thing about this app which can bring some more stars for you. So, definitely an excellent choice at the 5th spot of this list.

Through the use of this excellent android VR app, anyone can easily watch all the popular web series like Mr. Robot in 3D effects right in their Android phone. There are so many different features like voice controller, screen graphics controller present inside the settings option of this VR app. We strongly recommended this app to our users because they will get a vast collection of different documentaries and web series to watch inside this app.

Another very excellent choice for the users which offers more than 1 Million different 3D videos. Million of users like this vast collection of 3D movies and any user can watch an unlimited number of videos on this Android VR app after getting the annual subscription. This app also has more than 500 different games that users can play in 3D effects. That’s why Full dive VR is another excellent choice for the users which they can get for their personal use.

Unlike the other Android VR apps, which we have mentioned so far, this app is serving something different for the users. The Google Street View app is a certified app which will let you get the street view of any location with the help of a VR headset. This app is recently launched on the Google Play Store app so that users can get a proper 3D navigation to reduce the travel time by avoiding the roads which are having traffic. That’s why this VR app is another excellent choice for users who want to get navigation for a specific place.

Another prevalent choice among the users which is certified to provide the high-end results for the VR headsets owners. This app will bring about some of the best and the finest piece of creative artwork which you can see in 3D effects to get an awesome experience. There are so many different libraries and galleries present in this app that will allow the users to see all the available content in 3D graphics. So, definitely an excellent choice for the users for sure.

All the different features which this Android VR app provides to its users are pretty much similar to those features which have been provided by the official Google Cardboard app. Titans of Space app will allow you to see the Solar space system in 3D effects to get an awesome virtual experience. Moreover, this Android app is pretty much popular among the users which they can get for an awesome 3D effects experience.

If you want to remove your Stage fear, then this app is probably of interest. This app will allow you to get a practice session among a large crowd virtually so that you can gain some good confidence. It will help you to get rid of stage fears and all. You can also use the Personal Interview feature, which is another very fantastic choice for the users to remove the fear of getting interviewed personally.

For all the lovely musician or music lovers, this Android VR app is probably of their interest. Inside Abbey Rad is a certified app which is quite impressive in terms of features and all. The best part of this app is that you can listen to all the recorded and the most iconic music tracks exclusively for free. So, if you love to listen to classic music tracks and to record in a good sound and voice quality, then Inside Abbey Road is a perfect choice for you for sure.

This fantastic VR android app is developed to celebrate the successful Apollo mission which was done way back in 1971. This app will allow the users to get realistic impressions of Apollo on the surface of the Moon. You can also move forward and backward on the surface of Moon virtually with the help of this excellent VR android app. So, definitely a perfect choice for all users.

This Android VR app is pretty much similar to the working of the Google Cardboard app. The user-interface of this app is very well developed, which will allow the users to experience some impressive and quality visual 3D effects. You can also integrate the gallery of your Android phone with this app so that you can see all the photos in 3D visuals.

This is another very excellent VR app, which is really an interesting choice for the users. The overall user-interface of this app is pretty much appealing for all the users. Moreover, it will provide you the great VR stuff which will let you accomplish you task easily. So, definitely, it will be a right call if you get this app in your phone today.

Trinus VR Lite app will allow you to play some good number of PC games in 3D effects without owing any expensive hardware. You will explore a very good amount of 3D games inside this app which you can play with your VR headset. So, download this app from the Google Play Store now to get started.

So, these are some top 16 best VR apps for Android, which we have handpicked for our users. Our top 3 picks from this list are Google Cardboard app, YouTube and Fulldive VR. You can tell us your favorite picks from the above list in the comments section below, along with your feedback and suggestions about this article.