Top 15 MMORPGs For Your Android Smartphone

What Are The Top 15 MMORPGs For Your Android Smartphone?

MMORPGs are the games that are very funny in their way. MMORPGs have the full player devotion quantity and online multiplayer role-playing games. It is identified for skipping on family and social lives in errand of sci-fi and fantasy worlds by the social science. Hence, these games present an extraordinary chance to flee reality and jump head over heels to the substitute fantasy worlds, where the players can interact with each other as a game character.

The main ability of this kind of game is said to help you in a better manner by holding the whole world by filling it with hundreds and hundreds of other people. In this game, the player usually plays for the infinite way without reaching at the end of the game. When this game comes to Android smartphones, MMORPGs are a little different. If you are in search of downloading the best MMORPGs game to your mobile devices, then here is the list of 15 MMORPGs for your devices.

This game is one of the most popular online games currently in the world. In this game, you will find a series of new areas which are being developed by the developers of the game so that you can play it. In this game, you will find different and robust swords, sorcery, and other items. This game provides you with three classes, and from these three classes, you need to choose your own set of skills and other abilities to play the game. The game is in duo and player vs. player mode for you.

If you are in search of some highly exciting and action filled game, then this is the right game for you. In this game, you will find many types of combat system which are simple, but they are interesting when you put it to play. In this you are provided with a lot of opportunities like to create your character, can raid the bosses, go on questing. You can play this game in player vs. player combat, and the game shines in the combat controls. If you are going for attacking, then you need to use some extra simple, skill full and one-tap attacks in this game.

This game is considered to be one of the best action MMORGs game comes to the Android mobile world. Apart from that all, you can also play it in Tabs and tablets too. In this game, you will be taken on the adventure so that you can travel through the dungeons and they can fight with bosses. Moreover, you can go for looting, need to collect pets, and needs to join guilds. You can play this game with your friends too and then can create your character and play alongside hundreds of other players present in real time.

The next popular game in the mobile device in this section is Dungeon Hunter 5. This game is all about going on a great and exciting adventure. In this game, you will be involved in large campaigning mode with plenty of quests that help in completing the things in a better manner. This also helps you in play in squad mode and in this mode you can team up with three players. The game becomes more attractive as weekly and daily events are continuous plays here. You will witness some legendary powers and excellent graphics in this game.

If you are in search of playing a MMOGs game which is of retro style, then this game is the perfect game for you. This game comes with a lot of features in this game. In this game, you usually get a chance to explore the whole world. The game is all about killing all the bad guys and loot the money and other things from them. The game comes with clans, and you can join any clan or can create your clan as well so that you can get all the extra benefits from this.

This is a breathtaking MMORPGs among all other game of that genre. The game has got some best and stunning visuals that are powered by Unreal Engine 4. In this game, you will be doing combat with about 200 players who all can battle in real time. Apart from this all things, you can also go for forming clans with the help of your friends, or you can join other clans too. By joining the clan, you will get the chance to conquer all epic raids; can defeat monsters and other battles as well. 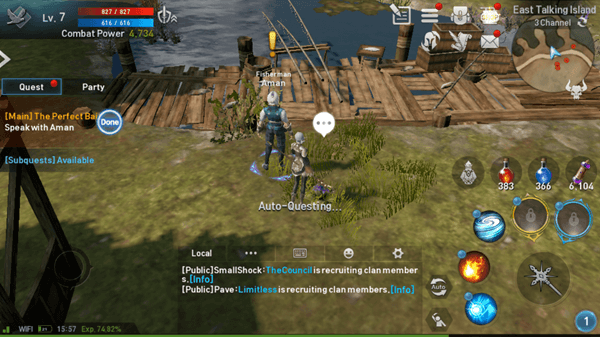 The next best is MMORGs. In this game, you are given a good chance in which you can create with some best kind of character as well as can engage with some huge type world along with other random online players. The game comes with raids, quests, good controls and a huge gear system. The graphics in this game are excellent, and you can play this game in any of the Android devices. The biggest challenge in this game is to play the player vs. player combat battle. 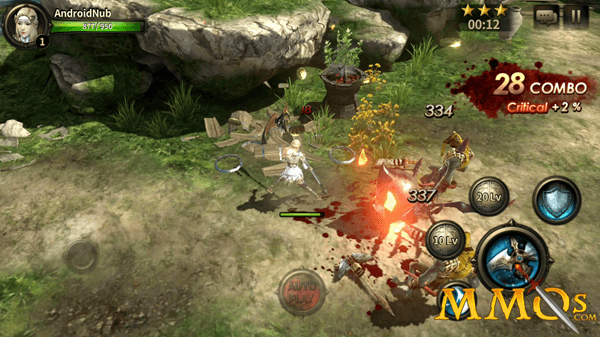 This game was not released in the year 2013. Since then the popularity of this game is viral, and the game is based on RuneScape. The game type is MMORPG, and the players are the ones who all give shapes to these games. This comes with the all-new excellent content, and for this, all the players love this game very much. This game comes with a world map, skills, quests, and other features. The game comes with support for cross-platform. If you look at the graphics, you will see that they are not of good quality but still, it is in demand among the players.

This game is one of the most lovable, in-demand, and biggest mobile MMORPG games. In this game, it opens the game by opening the world of Order and Chaos. If you want to play this game, then you can join with thousands of legendary players who all are active in the game server. In this game, you will come across a breathing and living world. You can even create as well as customize all the fantasy heroes. You can choose the Player vs. Player mode or even can choose to stand against each other. 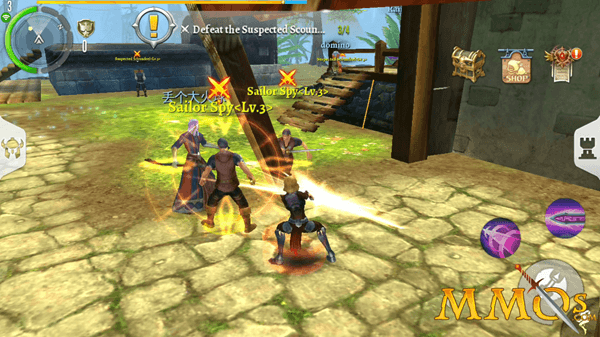 The game is considered to be one of the old MMORPG games. This game is viral on other platforms. If you are interested in playing this game in mobile, then this game too supports in Android smartphone. The game comes in 3D graphics, and it comes with player vs. player mode. The feature includes raids, guilds, lover systems and parties. The popularity of this game is on the peak, and you can enjoy it by downloading it from the Google play store.

Warspear Online is the best MMORPGs, and this game is now getting popular among gamers. The game is said to currently come with more than 1500 guests, 150 achievements levels, eight environments to play, and many more features. You can play this game by going for Player vs. Player in which you can go for five vs. five combat. But comes to the character expansion, they are very expansive, and you can even choose between the two alliances, four classes along with 12 character classes. Apart from that all you can go for making your very own gear in the game too.

The game is not like the class system, but this is a favorite for the readership. In this game, the players are given with skill trees, and it can fill out like they want to see it. You also get the ability to customize the weapons as well as can change the abilities of the characters in the game. Comes to the graphics and its gameplay, it comes with a great way.

If you are in search of getting for the action RPG mechanics, then this is the game for you. You can get the good stuff when you go for this game. The set comes with the freemium elements which are said to be very scaled back as well as the game don’t have any tutorial for you. You can go for the character customization along with loots and other things in the game.

School of Chaos is like the hectic social life in which you will get the atmospheric tension that exists in prison. You can play this game in your Android mobile without any issue as this is compatible with all mobile devices. You will get a customized character in this which will give you with some extraordinary fighting moves. You can even join Clans to get into clan wars. This game is difficult to play in this genre, but the game is very exciting for all the age group players.

Here is the list of top 15 MMORPGs that you can play in your Android mobile. You can download all the updated version of the game from the Google Play Store, and you can enjoy the games to fullest.

Extra Tips: Gihosoft Android Data Recovery will protect your Adroid data and not delete anything.