Sudoku is one of the most exciting games out there. Not only is the game of Sudoku very engaging, it also requires the players to be very attentive and thus, Sudoku is known to be an intellectual game as well. It is known to develop high skills of thinking ability in the minds of the players. It would be no surprise to know that Sudoku is also one your preferred games. The game is so engaging that players are seen to spend quite a lot of time in this. So, would you like to play some of the best Sudoku games in your iPhone device, or even your iPad? Then, you must these handpicked games which are mentioned below. These are some of the most enjoyed Sudoku games for your iPhone or iPad, available in the store.

It does not matter whether the person playing this game is highly experienced or not. As the game progresses, the excitement keeps on increasing. The Sudoku games which are mentioned here are very minutely evaluated for their respective features. There are very huge libraries and puzzles in the game itself, and all the game modes are available in different difficulty levels, thus, anyone can benefit from the enjoyment and learn from this game. There are also several hints provided for steps that are complicated for you. So, here are the best Sudoku games which you can play in your iPhone or iPad devices.

The Sudoku Classic for iPhone and iPad is a much-loved game. The game of Sudoku classic is filled in with a wide variety of libraries and several puzzle games as well. Thus, making sure that the players never miss out on the excitement. The difficulty levels of this game is also very well balanced. Thus you can be sure to choose the difficulty level of your own choice. Overall, the gameplay and optimization of this commendable and you can go on playing this game for hours. The game of Sudoku Classic is also perfect for finding out your progress in Sudoku. You may even keep track of your errors and correct them in the coming matches. Moreover, you can even play with your friends and challenge them in the events that you take part in. The game of Sudoku Classic is free to download, and you are recommended to try it. 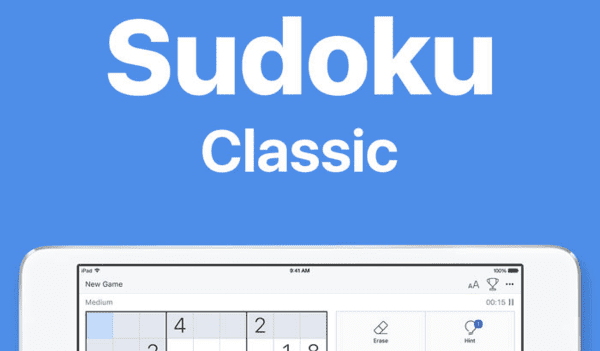 Sudoku for iPhones and iPads is a tremendously popular game. There are tons of puzzles and conquests which are available for the players to take part in and enjoy. The classic game of Sudoku is filled with unreal graphics and rich gaming experience as well. Players who have just started with Sudoku are very well recommended to play this game, and for the ones who are experienced enough, this game of Sudoku is a paradise for them. There are several puzzles and loads of rewards. The game also allows the players to set the difficulty levels according to their preferences. Whether you are well equipped with the rules and regulations of Sudoku or not, the game still provides hints on challenging points in the matches that you take part in.

This game of Sudoku is also well-known for its unique scoring system and progress checking. You can find yourself winning points and hefty rewards if you do well in the game. Thus, needless to say, that the game will hook you up for hours. The gameplay is straightforward yet very astounding. With the analysis of your gameplay, you might find yourself in the ranking system of the game. If you play well enough, you might fix a position for yourself in the leader boards as well. Moreover, this game is free to download and play on your iPhone or iPad device. Thus, you are recommended to try it out and enjoy the game. 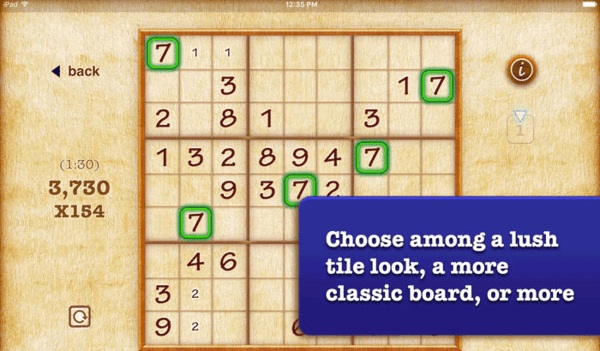 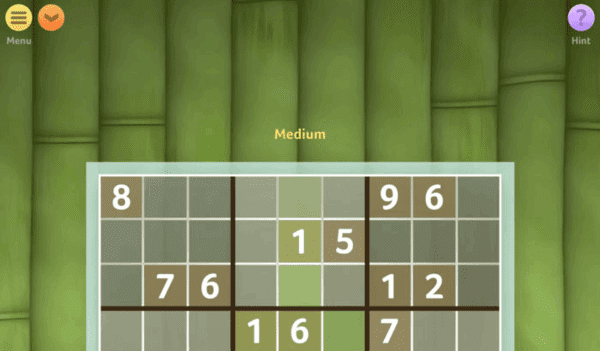 The game Sudoku Free is amongst the most played games of Sudoku. This game packs in a lot of cool and interesting features that set the game, Sudoku Free apart from the other in the same category. Their features include changing and adjusting the game graphics and color codes as well. There are certain difficulty levels that you can choose from; these difficulty levels could be increased or decreased. If you are a fan of puzzles, you would surely love this game. So, there no reason to wait, go and download this game for your iPhone or iPad for free and enjoy. 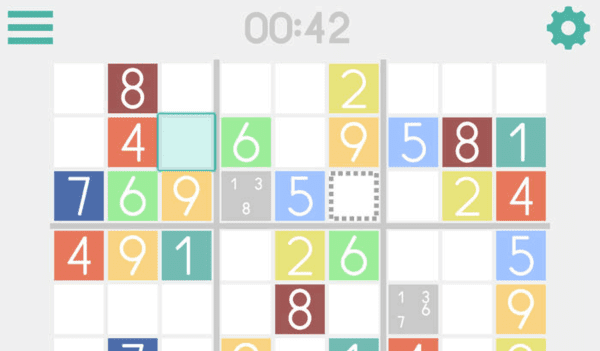 The game of Sudoku- Prime Sudoku is yet another interesting game of classic Sudoku. The game allows the player to exercise their thinking abilities and even build a sharp mind. Moreover, given that the game is so fun and exciting to play, you would be hooked to it, and that is for sure. The Sudoku- Prime Sudoku game is viral nowadays, especially those who use iPhone or iPad devices. The game is free of cost, and it is highly recommended to try it if you have not already. 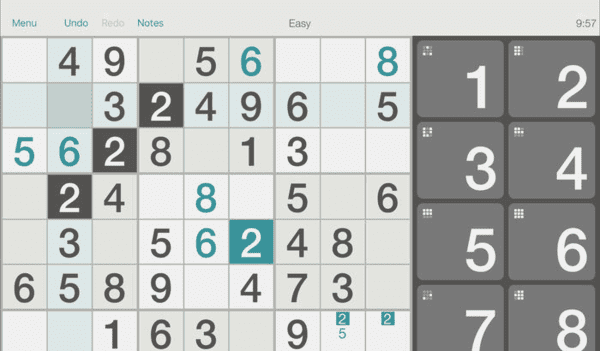 Sudoku + is yet another classic example of a highly interactive Sudoku game. The game is outlined with stunning gameplay and excellent graphics. The game is very professional, yet there are several difficulty settings that could be changed according to your needs. The game Sudoku + is still very popular amongst the iOS device users. So, if you are looking for a classic experience of Sudoku for your iPhone and iPads, Sudoku + could be taken into consideration.

The game of Sudoku Quest is very popular amongst the players who are still new to this game. Sudoku is a good game to train and practice mental abilities and developing thinking abilities and that is exactly what Sudoku Quest has been doing. Players who want to start and learn the game of Sudoku are well-recommended to play this game, as this would enhance their capabilities to a whole new extent.

The game Sudoku Magic has a very soothing effect on your mind, every time you play it. The gameplay of Sudoku Magic is very pleasing and fun as well. You might play this game with your friends as well and challenge them to solve several puzzles provided in the game. Moreover, the game is absolutely free for iOS devices, so, do not forget to check it out.

Tips: Gihosoft iPhone Data Recovery can recover data for you in three ways: