How to Record Phone Calls and Conversations on Android for Free

Call recording is essential for many different functions. You can switch on the call recorder when you are discussing a project with colleagues. Instead of writing the points down on a pen and paper, you can record the call and actively participate in the conversation. You might also want to record for legal proof. If you are wondering whether call recording is legitimate or not, continue reading our article to find more. Make sure to take a look at the top five call recording apps that we recommend you to use in the second half of the article. We will also take a look at how to record a phone conversation in the end.

The Legality of Recording Phone Conversations

You will find plenty of reasons to record phone calls, and there’s nothing wrong with them. However, it will still make you wonder if it is okay to use free call recorder. Let’s take a look at how country legislation has build-up phone recording laws.

In the United States, the federal law allows you to record phone calls until and unless you are aware of it. However, some state laws require you to inform the other party about the recording. The Digital Media Law Project specifies that states including Maryland, California, Connecticut, Massachusetts, Washington, and Pennsylvania fall under the state law. However, if you are trying to catch a phone scammer, you aren’t obligated to inform them. Yes, you can record your personal conversations without a worry.

Third-phone recording is illegal in the United Kingdom but it is permitted as long as one participant knows about it during personal calls and both people know during professional calls. If you own a business, you need to mention it to every participant that you are recording the call to prove that a business transaction occurred.

Canada has simple rules regarding call recording. According to the Personal Information Protection and Electronic Documents Act, at least one person must be aware that the call is being recorded. If a business wants to record, they must inform the other person and give a reason for it as well. Personal conversations, just as it is in the U.S. do not have as stringent a rule as this, just like in the U.S.

Laws differ from state to state in Australia. However, most of them vote for both parties being aware of the recording. However, being aware is different from giving consent to the process. It doesn’t matter if they consent the act or not.

Recording calls in India are illegal. If you want to record one for legal issues, you first need to get a court order. If you are an organization, you can record phone calls after informing the person and only for training purposes.

A top-rated call recording application with more than one billion downloads, Automatic Call Recorder saves calls on Google Drive and Dropbox. You can choose which calls you to want to record and which to ignore. It works on all phones with Android versions 3.0 and higher. The phone call recorder is available in free trial version, which you can download first to check if it works properly and how the recorded calls sound.

Purchase the premium version for better audio quality. When you open the app on your Android phone, the first thing you see is the Inbox. It shows all recorded phone calls, but you want to save it, you have to do that manually. These calls will be transferred to Saved Calls. 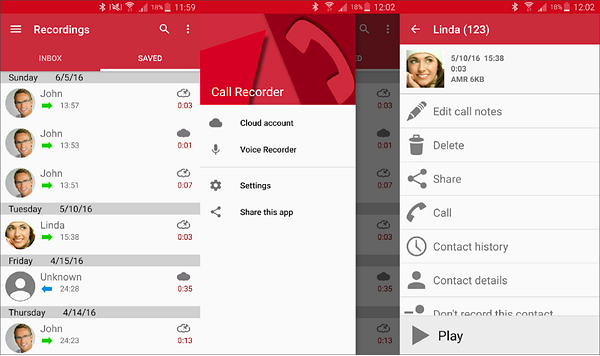 With over five million downloads, Cube Call Recorder ACR is the best app to record phone calls on Android. It is the only app that supports multiple calling apps, including Facebook, Hangout, Whatsapp, Telegram, Slack, IMO, LINE, Viber, Skype Lite, Skype 7, KAKAO, and other apps. You can use the free app or download the premium version for better features including cloud backup, shake-to-mark, smart storage management, pin lock, multiple audio formats, post-call action, and save to SD card feature. 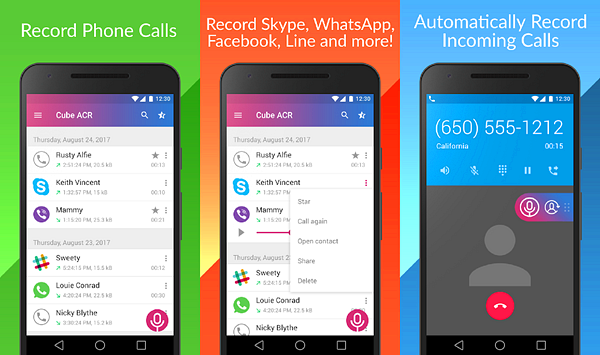 Google Voice is the best call recorder app for Android. A product by Google, the app has received over 10 million downloads. It is a multipurpose app that lets you block numbers using the spam filters, take a backup of calls, voice mails, and text messages, and send and receive messages from a variety of devices along with recording calls.

Google Voice lets you make international calls at affordable costs. It is currently available in the United States and a few other countries for G Suite users only. In one of its latest updates, the app allows you to record calls made over WiFi or internet connection. The developers have improved the performance quality of the recorded calls. 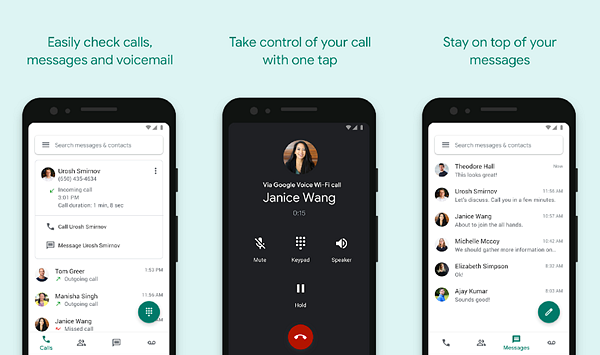 Call Recorder is an easy-to-use Android app that allows you to record in different formats including MP3, AMR, and WAV formats. You can set the source of the call and record all types of calls including incoming and outgoing. You can mark the recorded call as important and play them multiple times on the app.

It protects the recordings from getting deleted during auto cleaning. You can sync the app with DropBox to save your recordings on the cloud. It supports various Android mobile phones including Skype, Facebook, and Whatsapp. You can also use the app to save SMSes. 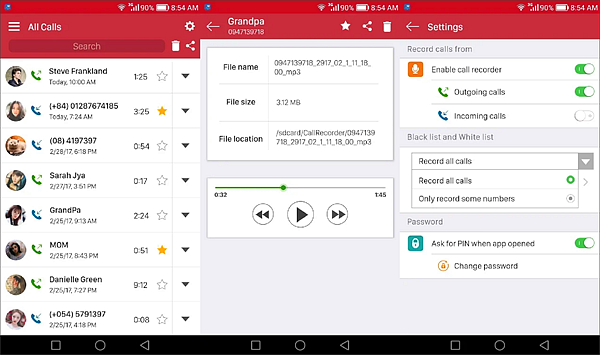 Call Recorder by ACR has received more than 10 million downloads on Google Play. It is a free app that offers in-app purchases to use better features. Some features offered by the app include easy recovery of deleted phone calls from Recycle Bin, auto delete old recordings, manual call recording, password protection, and delayed recording. Audio formats supported by the app include MP3, MP4, WAV, AMR, FLAC, 3GP, and OGG.

You can share the recordings with your friends and colleagues using the in-app sharing feature. The app automatically takes a backup of all recordings when your phone is connected to a local WiFi connection. 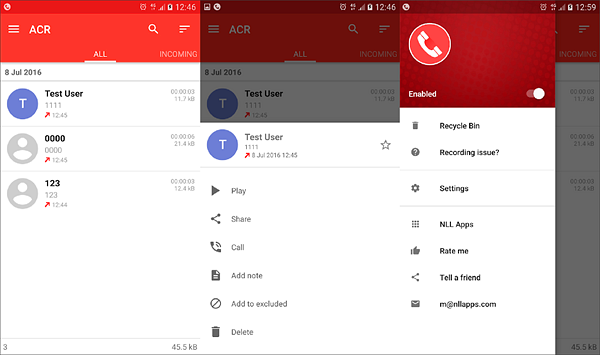 How To Record a Phone Call on Android?

All phone calls that you receive or make will be automatically saved on the app. When you upgrade to paid version, you can manually change the phone numbers you want to record and those you don’t. And that’s how to record a phone call!

If the conversations you recorded are lost for some reason, you may need to get them back. In the absence of a backup, I recommend you use Gihosoft Free Android Data Recovery, which is a very powerful tool that can not only recover lost phone calls, but also recover accidentally deleted contacts, call logs, text messages, photos, music, videos, etc. . It will be your best assistant when you encounter data loss. 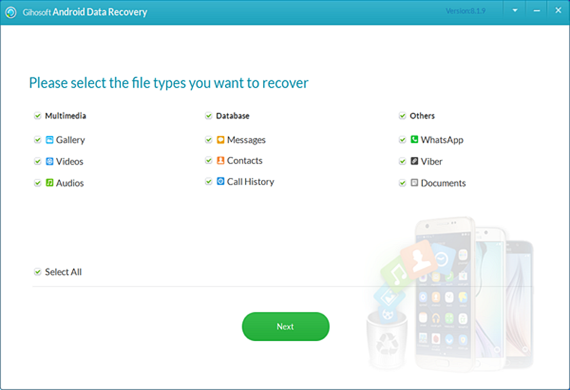 After using all the five apps and reviewing them for their convenient use and features, we have selected the best one for you. The clear winner is Google Voice because it is a one-stop app that not only lets you record calls but also makes affordable international calls and takes a backup of SMS and phone recordings. The app is designed for business owners, which makes it a more professional way to connect with clients.

If you want to use a call recorder app for personal use, you can download Cube Call Recorder ACR as it supports different types of apps that allow you to make calls. You can save the recording in multiple formats. It supports non-cellular Android devices as well.