The mobile phone is a versatile device while allows its users to access tools like Compass, Calculator, Flashlight and others handily. However, not all mobile phones contain these utilities pre-installed in the device. The flashlight is one of them. Nowadays, the torch is considered to be the dying breed. But, Google brought them in use by adding Flashlight apps to Android phone with the introduction of Lollipop and OEM. From that point in time, Android Flashlight app is being developed and updated with new features. It has become easy to use and comes with two-in-one functions. You can use both backlight and screen light while utilizing the Flashlight app on an Android phone.

If your mobile phone is not having a flashlight app or you want to add more features to the in-built, app, then you can install a flashlight app from Google Play Store from the list given below.

The flashlight apps given below will ask for camera and internet access permission. These apps are safe and secure to use. You can use them anytime for lighting up the surrounding around you. All the apps listed below don’t take much battery while in use and are efficient to be used. Some of the flashlight apps gives colorful light as well for effective brightness and lighting.

It is the most popular flashlight app widely used by Android users. People find this versatile app very compatible and efficient with lots of features. You can use this app to light up your surrounding using your Android phone or tablet. It provides magnificent colours to the device to be used as a flashlight. It accesses both the screen and the LED flash present at the back side of the device with the camera to provide light. However, you may find some ads while using this app. But, it will not effects you much as the flashlight can be used with a single click. You can download this app directly from the Google Play Store. 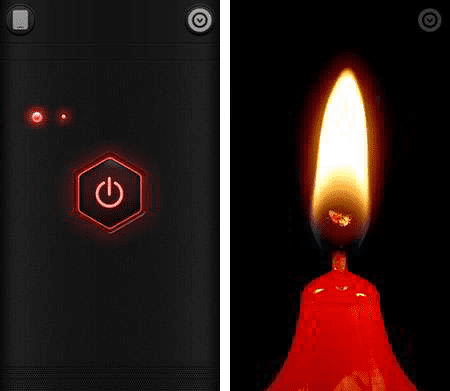 If you want a simple and easy to access flashlight app for your Android phone then you must for Flashlight by ArtLine. It does not consist of any unnecessary and fun-making tools and features. It can be used by adults and people who are restricted to the workability of the app. You can use the LED flash or the screen of the phone to light up the area using an Android phone or tablet. However, you may find some ads while using it.

Features of Flashlight by ArtLine:

Here comes another flashlight app which you can download for your Android phone. It is a simple app which works with both LED flash and the screen of the mobile phone to give light. This flashlight app is somehow like the Color Flashlight and is featured with varies patterns. The app consists of some ads and pop-ups which are removable.

Features of Flashlight by Ruddy Rooster:

Features of Flashlight by Slim Gears:

Flashlight HD is an excellent flashlight app which you can use for extremely superior features in an efficient manner. It does not eat up the battery if the device completely. You can use this app with various effects and patterns for HD quality light. You can obtain your light for your necessity from the LED flash and screen of the device. You can use its home screen widgets for quick access to this flashlight. However, this app does not work for all the apps present in your device. It is pre-specified by its developers in the description of the app on Play Store. 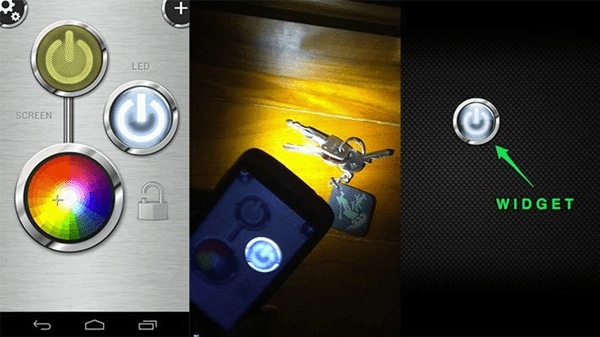 You can use this flashlight app as your general inbuilt flashlight of the device. It is completely unique and different from other flashlight apps. It is very interesting to know that there is no interface to this application. That means you can use this flashlight in the simplest way. There is no requirement of set up, customizations, settings, timer or any other such things for using the app. However, it only works with the LED flash of the device which is present beside the camera at the back of the phone or tablet. 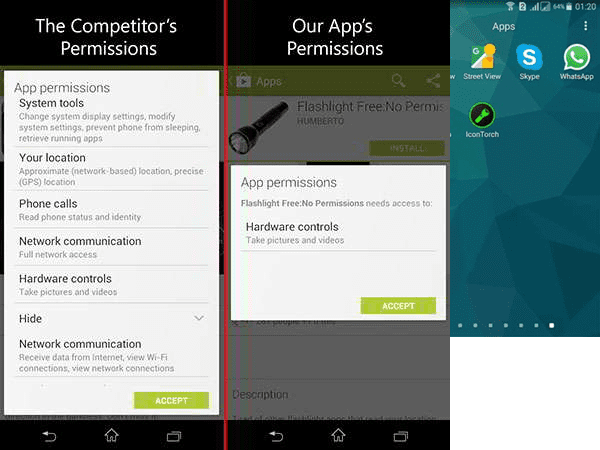 Here comes another simple and free flashlight app for Android users which you can easily download from Google Play Store. It has a simple interface and does not contain any effects or superior feature. The flashlight is quite outdated as it was last updated in 2016. However, it is perfect for normal flashlight use. 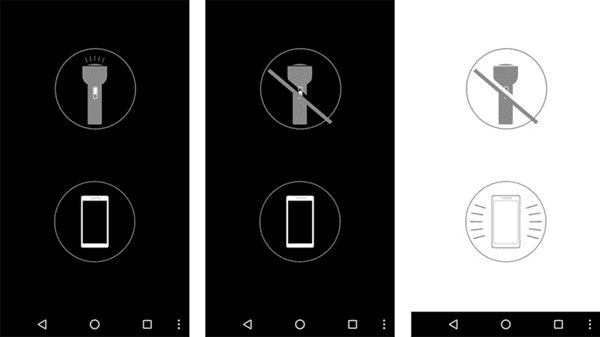 It is a very popular flashlight app which you can download for your Android device. It is known as Tiny Flashlight because of its size and high compatibility. You can download this app for free easily because of its small installation size. It offers many effects and features as well. However, you may need some extra plugins to use those extra features. 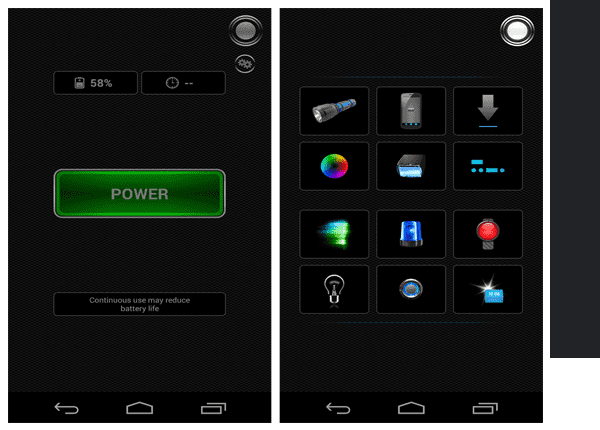 Nowadays, all the latest version of Android phones and tablets contain an inbuilt flashlight. However, people go for any other flashlight app for more features and functions. If you want to use your device’s flashlight and could not find it then locate it in the Quick Settings menu. In some devices, you will find flashlight working for both LED flash present at the back of the device and screen. You can know about the features of the inbuilt flashlight by using it.

Gihosoft Free Android Data Recovery, a software that you can download to your PC and use to recover any type of android phone data.

You have learned about various flashlight apps and its usability from this article. Before selecting any flashlight app, make sure about your demands. If you want to explore more features and effects then you can go for any advanced options. Otherwise, save your battery by using a basic flashlight app. You have read about other features of a flashlight app as well. Analyze them well and select any one of them to be downloaded for your Android phone or tablet. In this way, you can light up your room or surroundings with your Android device. In case of queries, write to us through comments.