Home > Windows Topics > How to Migrate Your Operating System to SSD

How to Migrate Your Operating System to SSD

Solid state drive, also know as SSD, is a storage gadget that stores non-volatile information with the use of solid-state memory. This memory consists of electronic components that are based on semiconductors. Since these drives don’t have any moving parts, they help reduce the risk of mechanical failures. They can also endure high attitude, extreme shock, drops and other insensitive operation environments. The SSD is quite similar to the computer memory that already exists in your laptop or netbook.

Migrating OS to Solid state drive (SSD) is becoming more popular because of the actual speed, low power consumption, and the compact form SSD offers. If you also plan to replace your converted disk and you want to migrate your operating system to SSD, there are ways to go. 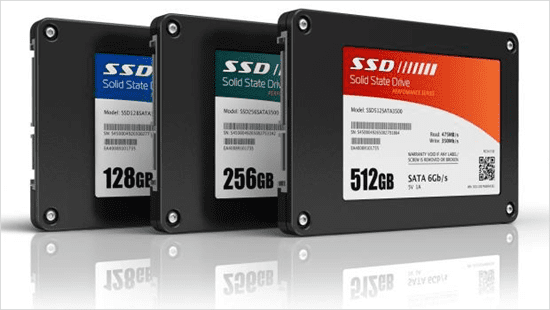 How to Migrate OS to SSD with Little Fuss and Bother?

No matter whether you want to migrate from Windows 7, Vista or from XP to SSD, you can not move the operating system and hundreds of gigabytes of data on a huge volume just by copying and pasting. If the capacity of your SSD is not greater than the old hard disk, the best solution is to separate the operating system and perform SSD migration with a special utility that can complete this work without risk of data loss.

For the special SSD migration tool, You can try EaseUS Partition Master, one of the best SSD cloning tools. It allows you to transfer operating system to SSD with all the original personal settings, and you can also keep your applications if you have a requirement.

If you want to use the built-in Windows tool to migrate the OS to an SSD, you must create a system image and then restore the system to the SSD. Then, remove the old hard drive to verify that the SSD is working properly, and then Format the previous system partition in Windows PE mode.

Why Should You Move OS to SSD?

To answer your question, we are going to give you the top reasons why they are in demand in the market: