The WhatsApp video calling feature is truly an innovation worth applause. In a world where technology is bringing people together, WhatsApp has acted as the transparent string that holds them close to each other. In simple terms, keeping in touch has never been so easy!

For those of you living under a rock, a WhatsApp call is a video and audio calling feature extended to all members of the WhatsApp community, which allows users to video chat in real time. The feature was introduced on November 14th, 2016 and shook the minds of everyone who was able to experience it. In fact, the best part is that WhatsApp keeps a check on the quality of calls being placed through its calling and video calling features, by asking for an immediate feedback once you cut your call. This helps them engage with the users and constantly better the quality of video delivered at your internet speeds of choice.

Be it long distance calls with a loved one or family, or group video calls with friends or colleagues, WhatsApp has transformed the way Android users looked at and experienced video calling. The iPhone users, fortunately had their stint with video calling at the touch of a button with the FaceTime feature.

Worth Reading: How to Schedule WhatsApp Messages on Android and iPhone

In the process of video calling with family or friends, you may want to keep those warm and wonderful clips, but this requires some third-party tools. Next, I’ll show you some of the high-rated WhatsApp video call recording apps, as well as the specific steps to record WhatsApp video calls on Android and iPhone. 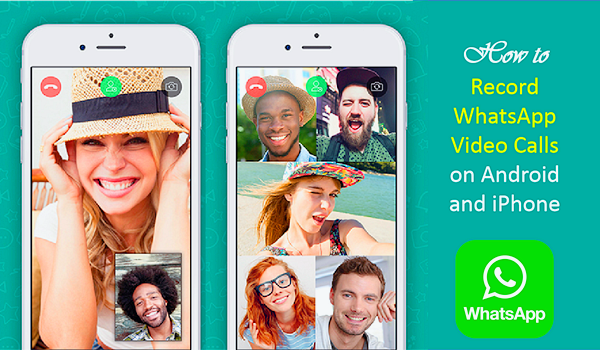 Why Record a Video Call in WhatsApp? – Top 5 Reasons

You can use a number of third-party video call recorder apps to record WhatsApp video calls on your Android phone screen. Some of these are listed below:

One of the best and most trusted screen and call recording apps for Android on the Google Play store, DU Recorder can help you record everything on your phone screen with just one tap. 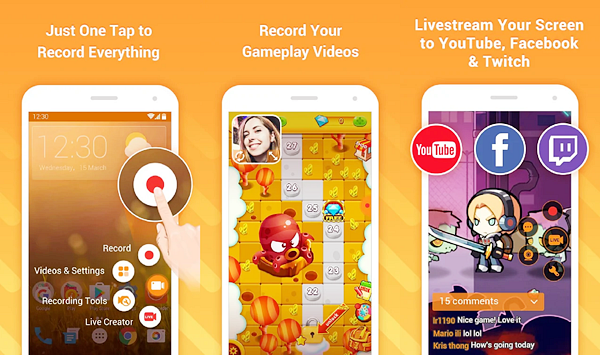 As the name implies, it allows you create a recording of your phone. And the best part about this application is that it captures both the audio and the video in a single frame, which making it the best app for recording WhatsApp or Facebook video calls. 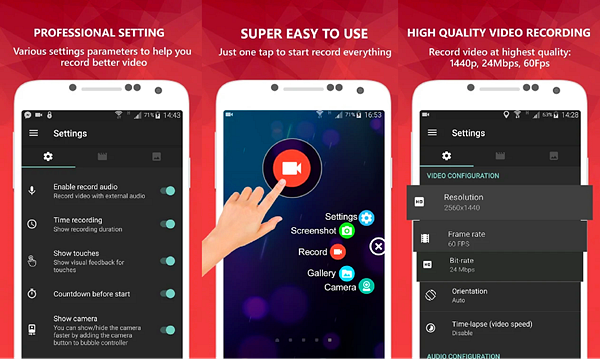 This app can record your calls and conversations in the best possible quality. It enables you to record calls from a variety of social media applications. The recording is automatic and users can create a list of selected contacts that they want to automatically record or exclude. 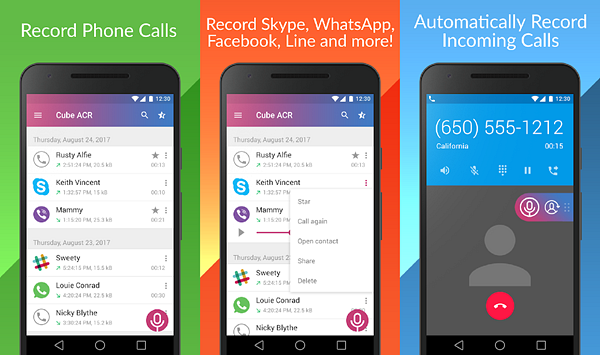 Here are the steps to record WhatsApp video call on Android using these apps:

Useful tip: If your WhatsApp messages get lost or deleted from your Android phone, you can quickly get them back by using Gihosoft Free Android Data Recovery Software. It works with multiple Android devices, such as Huawei, Samsung HTC, LG, Google Pixel, Motorola, OnePlus, etc. Here is a simple guide on how to recover deleted WhatsApp messages on Android.

How to Record WhatsApp Video Call on iPhone

iPhone users do not require to purchase or download a video call recorder in order to record their WhatsApp video calls. This is due to the in-built function of the phone, which is available in all models which function on iOS 11 system. But first, you require enabling this feature in your phone. 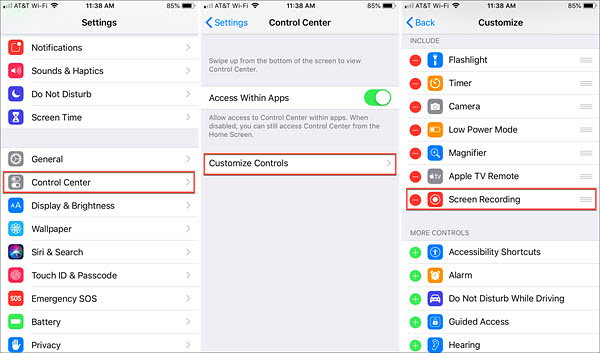 However, if you want to enable sound to be recorded on the video, you can long press the Screen Recorder button, and a menu will appear to allow you to enable Microphone Audio.

Relatively easy? It has to be! Apple software is user-friendly and amazingly simple to change controls to your liking.

Recording your phone screen is a much easier and more hassle-free experience when you use video call recorders which can support it! Whether you wish to upload these videos on streaming sites, or make videos for any intent or purpose, this comprehensive list is sure to see you right through!