The Android operating system is constantly updated, and each update brings a different experience to the user. On September 3, 2019, Google officially released its latest Android version and named it Android 10. Unlike the previous Android versions, it broke the release history named after dessert, but directly named by numbers. The original name of Android 10 was Android Q. From Android 1.0 to Android 10, the OS has made major breakthroughs in terms of visuals, concepts and functions. You must be curious about the features of Android 10 and how to get Android 10 updates quickly. Don’t worry, this article will give a detailed explanation and three ways to update the Android version. 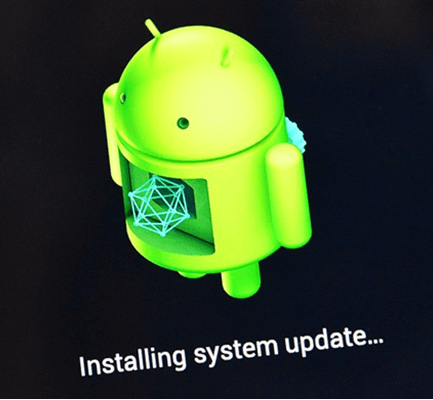 Now that you’ve known the awesome features of Android 10, you may can’t wait to upgrade to the latest Android version. However, the Android system update is not as simple as you think. Even if you’ve read a lot of tutorials, you will find that most of them are too complicated to understand. To serve your needs, here I’ll introduce three simple and effective ways to update your Android version, there is always a way that works for you.

Method 1. How to Upgrade Android Version with OTA Updates

Normally, you will get notifications from OTA (over-the-air) when the Android 10 update is available for you. From here, you can open it and tap the update action to upgrade Android system to the latest version. However, if for whatever reason, it isn’t being rolled out to your phone or you accidentally cleared the notification, then you need to update Android version manually:

Method 2. How to Update Android Version with Upgrade Package

Under ordinary conditions, the official website of mobile phone manufacturers will update some system files for users to download and upgrade. You can go to the download center of your Android phone official website, and then download the latest system upgrade package according to your phone’s brand model. After the download is completed, please store it in the phone’s SD card.

To update the Android OS version, you need to negative to Settings > About Phone > System Update, once your phone shows the available package, tap Continue to download and install the package. After rebooting, your phone will be updated to the Android 10(Q) automatically. 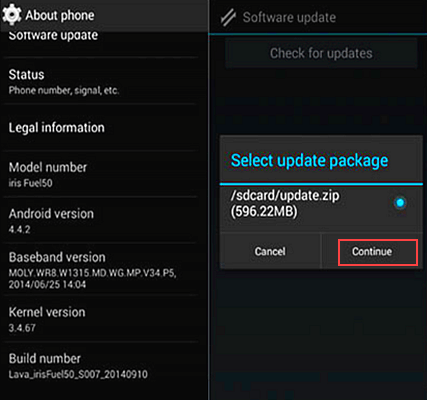 Method 3. How to Upgrade Android Version with Rooting Device

Rooting is an extremely powerful approach to update your Android system. If you need to upgrade to the latest Android OS version when it’s accessible, you could try to root your phone, which can not only enable you to attain super administrator permissions over various Android subsystems but also access updates effortlessly.

As for how to root the Android phone, just follow the detailed instructions:

Android 10 was originally introduced on Google devices. Now, many brands of mobile phones have also released the latest Android version. The following is the list of Android 10 supported devices:

The above are three ways to update the Android OS version, have you learned? If yes, please don’t hesitate to share it with your family and friends, so you can enjoy all the new features brought by Android 10 with them.

By the way, no matter which method you choose, it is suggested to back up all the important data in your phone on your computer to prevent accidental data loss. Of course, if you lose data after upgrading the Android version without backing up, it doesn’t matter, because there is a free data recovery software that allows you to recover deleted or lost data without backup, that’s Gihosoft Free Android Data Recovery. With it, you can easily restore deleted contacts, messages, call logs, photos, music, videos, and other files from your phone memory or SD Card with original quality guaranteed.