Tip: When you need to play the downloaded Bollywood movies on different devices, you can try Gihosoft Free Video Converter if you encounter incompatible problems. This software help you convert videos to MP4, AVI, MKV, MOV and more at a blazing fast speed, so you can easily change your videos into other formats.

If you also love watching other movies or TV series, you can refer to these articles to find some practical websites to stream them:

It is probably the best Bollywood movie for you to watch and download. This movie is directed by one of the popular directors of the Bollywood industry – Rajkumar Hirani. This movie is based on the life of 3 engineer aspirants who are perusing their graduation in B.tech. These 3 aspirants are best friends and they just represent the hard reality of the Indian education system in a very good manner. This film will surely inspire you to do something innovative in your life, not just a degree from a renowned college. This is the best Hindi movie of 2009 and it has earned a lot of money on the Box Office. Aamir Khan, Kareena Kapoor, R.Madhavan, Boman Irani and Sharman Joshi are included in the lead role of this movie. 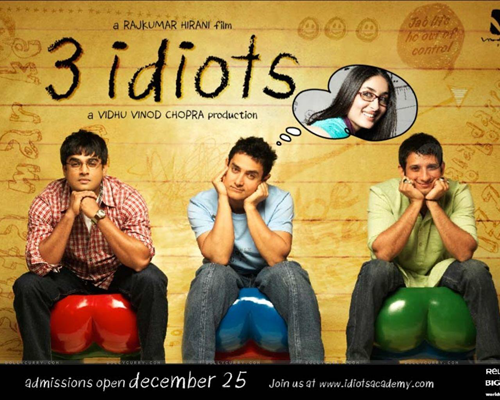 This movie is the blockbuster hit of the year 2015 in the Bollywood. And not just the Bollywood, it has earned millions of dollars from outside India as well. This film is based on the life of a common man from India who believes in the almighty god very much. He encountered with a small 6-year-old Pakistani girl who lost her parents in India while their visit to the Dargah in India. So, that man decided to go to Pakistan to hand over that kid to her parents by crossing the international border in an offensive way and then return back from Pakistan in a pride. Salman Khan is appointed as the main actor in the main lead role along with Kareena Kapoor Khan. You can download this Bollywood movie in MP4 format to better your watching experience. 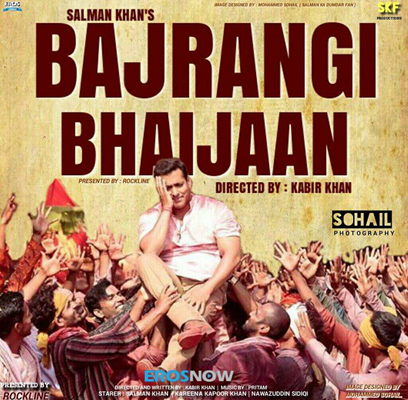 This is another best Bollywood movie which cannot be ignored. This movie has entertained the audience very much because of the story of this movie. Directed by Vijay Krishna, this movie is based on the story of two brothers who looted the National Bank of California quite a few times to take the revenge of their father’s death. Aamir Khan is playing the lead role in the movie along with Katrina Kaif, Abhishek Bachan and Jackie Shroff. This movie is full of thrill and has a power-packed performance of entertainment as well. This movie was released in 2013 and earned millions of dollars on the Box Office. 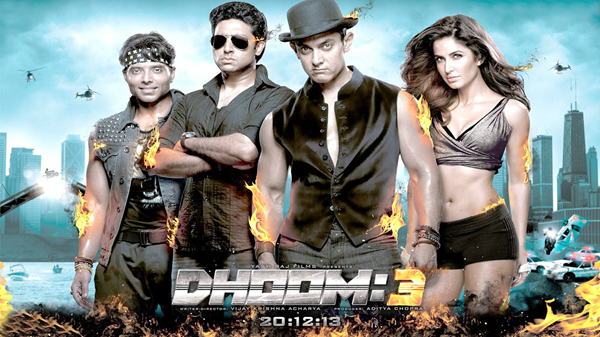 This movie is spectacular when you have to experience the south Indian culture with Bollywood spice. This movie is based on a common man who got trapped by some strangers accidentally and was taken from Mumbai Railway station to Rameshwaram. This experience is just awesome with some comedy involved in the story. Shahrukh khan and Deepika Padukone are in the main lead role and they have played their characters quite brilliantly. Chennai Express was released first in 2013. This movie is directed by Mr. Rohit Shetty. The overall reviews are pretty good and we hope that you will definitely love this one and download this MP4 Bollywood movie for your multiple viewings later. 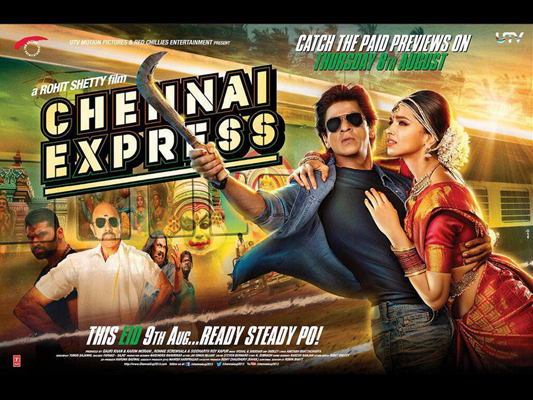 This is another best Bollywood movie to download which is directed by Rajkumar Hirani released in 2014. This film is based on the experience of the man on the earth who comes from another planet. He just experiences the love and affection of the people around him and observes the people of the earth different from him. The star cast of this movie includes Aamir Khan, Anushka Sharma along with Sushant Singh Rajput, Boman Irani, and Sanjay Dutt. This movie has broken all the previous records of earnings on the Box Office. We recommend you to watch and download this Bollywood movie in MP4 format because this movie is a great source of entertainment and reality. 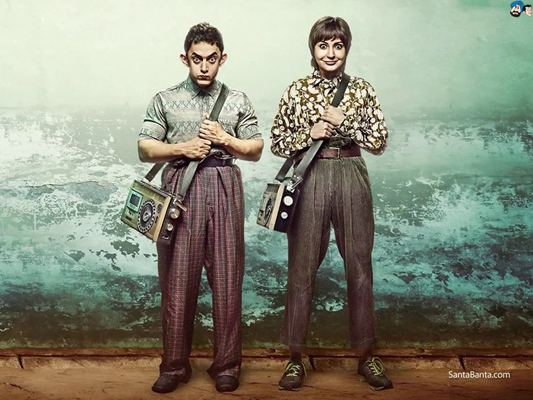 This is the best Bollywood movie in the history of the Indian film industry. This film is based on the historic events of the past in which a young prince of an old dynasty takes the charge of the dynasty after competing with his brothers and enemies. This film leaves the suspense at the end, which makes the audience quite excited for the next part. This fiction is a historic genre which is pretty entertaining as well. This film was released in 2015 directed by S.S Rajamouli. Please watch the first part of Baahubali: The Beginning to enjoy the next part of Baahubali. The south Indian superstars Prabhas, Rana Dagubatti, Anushka Shetty, and Tamannaah can be seen in the lead star cast of this film.

This most entertaining Bollywood movie for watching and downloading was released in the year 2014. Happy New Year is just brilliant if you want to see action movies with the romantic genre. Directed by Farah Khan who is one of the finest directors in Bollywood. The starting two weeks had broken all the past records of earnings on the Box Office after the film was released. Big superstars of the film industry like Shahrukh Khan, Deepika Padukone, Boman Irani, Jackie Shroff, Sonu Sood, and Abhishek Bachan worked in this movie, which makes it quite popular among the viewers. You should definitely watch and download this MP4 Bollywood movie as it was the biggest hit in the year 2014 of the Bollywood industry. 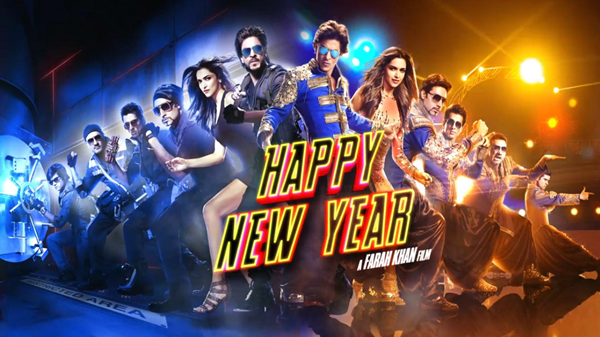 Kick is also very much loved by the audience due to the involvement of thrilling actions along with some romance twists. Superstars like Salman Khan and Jacqueline Fernandez along with RandeepHooda plays an important role to make this a super hit movie. Release in the year 2014, this movie is based on the life of Hard-fighting policeman DEVIL, who wants to seek justice in an offensive way. This film is produced by Sajid Nadiad wala films. The overall story of the film is very beautiful and interesting as well. This film had also broken all the records on the Box Office in the first week. A must watch movie which you can see with your friends and family on a holiday for entertainment purpose. 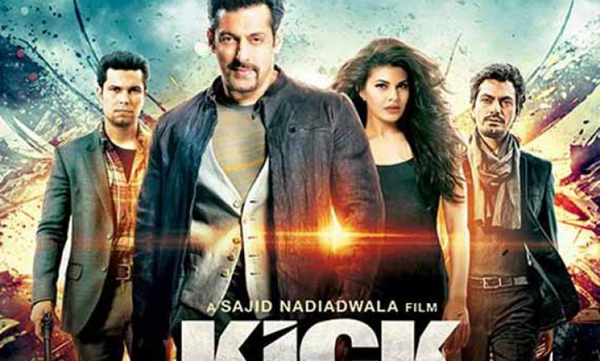 As the name and the previous two parts of the movie suggest, this is another power-packed action thrilling movie which is based on some virtual story which the audience doesn’t like too much. But still the presence of big stars like Hritik Roshan, Vivek Oberoi, Priyanka Chopra and KanganaRanaut make this movie a blockbuster thriller of the year 2013. This movie was directed by Mr. Rakesh Roshan, who is the father of Mr. Hritik Roshan. You will watch a story of a superhero whose supernatural powers are used against him and then he rescues himself and the rest of his mates as well. This movie is released somewhere around the Diwali festival, that’s why people watched in a big number and hence making it in the 200 Crores club. 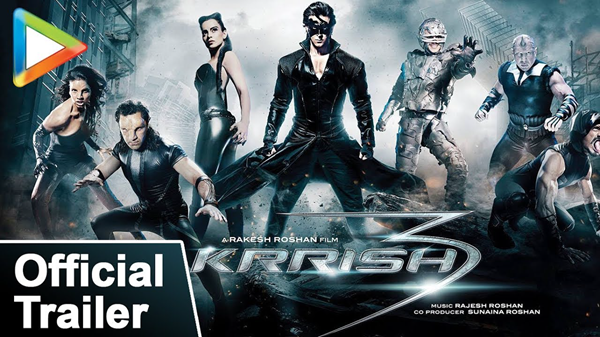 This movie also stars casts Hritik Roshan as a hero in the lead role along with Katrina Kaif as heroine. Trust us, this movie is just magnificent in terms of action and thriller. You will get toknow about the new things and secrets at every single step in the movie. Along with action and thriller, you will enjoy the love chemistry between these two superstars in the movie. The movie was directed by Mr. Siddarth Anand who is known to produce these kinds of movies from past many years. Some people start comparing this movie with the Ek Tha Tiger and Dhoom movie. But this is the combination of these two movies as you will love to watch this for sure. The overall reviews and ratings are pretty good and you will definitely enjoy this movie too for sure!