Play Your Favourite Mobile Games On Your Computer Today!

Mobile games have become a very popular attraction for people today. People of any age nowadays get easily attached to games that can be played on their mobile phones because it is definitely the easiest and most enjoyable means of passing time. These games have been introduced to the people to have fun not only when alone but also with another friend or a group of friends on the same platform. You can now play these mobile games on your personal computers without any difficulty, and one such game is the all-new PUBG.

Find The Best Way To Play PUBG Mobile On Your PC!

PUBG is a very new game that was introduced as a game to be played on mobile phones for people of any age. It gained momentum very early and spread like wildfire throughout the world. This game, because of its increasing popularity, can now be played on your personal computers! Yes, you’ve heard it right. Although it does have a long way to go before it can even match up to the level established by PC games like Fortnite, PUBG mobile is giving really tough competition to it in terms of stealing the crowd away from Fortnite. All the credit goes to Tencent Gaming Buddy which has allowed its users and the players to enjoy this amazing PUBG mobile game on computers today. 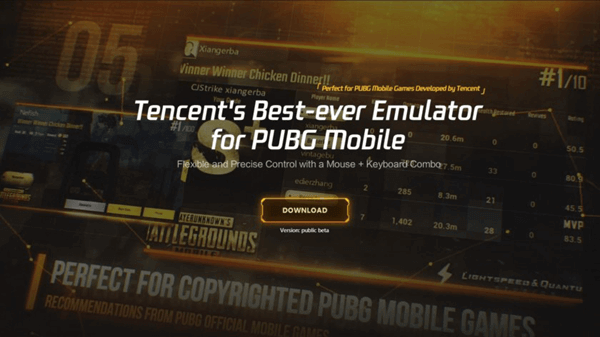 Know The Difference Between PUBG And PUBG Mobile

The PUBG mobile is originally a mobile version of the PC game but there are many points of differences between PUBG mobile and PUBG. The first and probably the most important point of difference is the price. PUBG mobile is a free version of the original PUBG, which allows people from all over the world to enter the virtual world of playing this game. Everybody who has a smartphone can enjoy the full features of the game on their phones without any difficulty at all. If you are one of the players who have been looking for the best available options for a PUBG mobile emulator, you can stop hunting right now because Tencent Gaming Buddy is here really like a buddy for you.

How To Install The Tencent Gaming Buddy

Tencent Gaming Buddy is completely loyal and dedicated to PUBG mobile, unlike the other PC or android emulators. Since it is made exclusively for PUBG mobile, it naturally becomes extremely easy to install it to your computer by following a few simple steps. First, visit the official website of Tencent Gaming Buddy and click on ‘download’ to download the client to your computer. All you need to do then is to apply, and that is it. The application automatically starts downloading all the files that are necessary for you to start playing PUBG on your computer. It is as easy as that. Unlike some other emulators present in the market today, you do not need to create an account, do not ask for a VPN. Download the application and start playing! One of the most exciting features of Tencent Gaming Buddy is that it is always updated. It takes lesser time than most of the emulators today to update over the internet. Once it gets updated, you only have to launch the application, which allows you to start playing almost instantly. 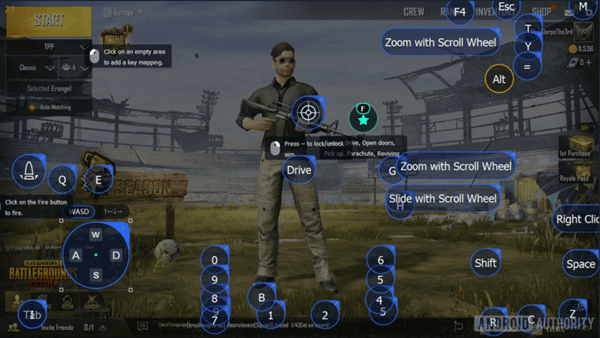 The PUBG mobile was released more than a year ago now and although it has several optimisation options available for the mobile version, the PC version of the game which is actually the original, still has quite a few issues with its optimizations. This problem may have risen because players have always preferred to play the game on their mobiles, no attention was paid towards the PC version of the game. These issues create a problem for those players who have older computers and even prevent some from experiencing the game on their computers at all. This problem has been solved now with the help of Tencent Gaming Buddy.

Tencent Gaming Buddy has made it possible for all those players with old computers to enjoy PUBG mobile on their PCs making it more accessible for them. This makes the minimum number of requirements needed to run the game much lesser than what is needed for the original PUBG. You will also not have to worry about any burns or other problems when the emulator is present. Players who have a much more powerful machine in their possession can avail the game at much higher resolutions and they can even choose from different options of resolutions like 720p, 1080p, 2K, etc. The rate of the frames at the moment is 30 frames per second and technological advancements are being made in order to increase the frame rate for future versions of the game.

Some Of The Other Features Of Tencent Gaming Buddy

PUBG mobile has several features present not only in the mobile version of the game but also on the PC version. With 30 frames per second at resolutions of 720p, 1080p or 2K, you can independently adjust the level of brightness of the game from your computer screen and even play the game in portrait mode. Tencent Gaming Buddy has similar features of that of Fortnite when it comes to Cross Platform. Just like Fortnite is fully cross-platform that allows players from PC, gaming consoles and mobile phones to play together, Tencent Gaming Buddy also allows PUBG players using Android and iOS to play together on the same platform.

Now with the advent of the PC version of the game, PC players can also join in. Another feature that is common between Fortnite and Tencent Gaming Buddy is that it separates the mobile players from the emulator players and prevents the two different types of players from playing together so that their fairs play and matchmaking.

Experience Your Games With Simple Log-Ins!

Tencent Gaming Buddy makes it very easy for you to log into your game account on PUBG mobile. When you open the game, you will get an option to choose between a Facebook account or a Twitter account and link it with your PUBG account and do the same thing on your computer too. You can also change avatars if you would like to which is also mostly free of cost unless you are going for something that is extravagant and dope. Before you log into and link your Twitter account with the game, you must know that if you are inactive on Twitter for a minimum of six months, then your twitter account becomes gets deleted and this may have a direct effect on your PUBG account also.

In case you are overly worried about the security of password and privacy of your account, then you may also create a dummy account through the steps that will be mentioned to you in the game directly. Logging into an already existing account or to a dummy account has several benefits too. Firstly, your list of friends and crew members (that you may have created in PUBG mobile) will get transferred automatically to your game once you log in. Secondly, the levels that you have already achieved in your mobile PUBG can be transferred to the PC without any difficulty including the avatars and other extra features that you may have purchased or unlocked during the game. Thirdly but most importantly, the Royale Pass that you may have unlocked previously and all the progress you had made in the mobile version will be transferred and loaded safely to Tencent Gaming Buddy on your PC once you complete logging into your account.

Tencent Gaming Buddy is present today as one of the best emulators current in the market that allows its users to easily control the overlay for PUBG mobile. You can now easily control all your movements with ease and super swiftly as the controls are context sensitive. It even provides the player with a boss key that allows hiding the window as fast as it was opened to let you experience the exciting game and brings you to the edge of your seat. You can even toddle advertisements by tapping the hotkey.

The Finest Technique To Play The PUBG On PC

The best way to play the PUBG mobile On PC is Tencent Gaming Buddy. There are the various way of Android emulators which permit the same, but Tencent Gaming Buddy can give you the best performance. If you are thinking about it then you must try it now and let us know in the comment section.

Most of the players have been waiting patiently to play their most favorite and exciting game of PUBG mobile on their personal computers for quite a long time. Tencent Gaming Buddy is here to make your dreams come true and pay your patients off. You may have definitely tried to use the other emulators present in the market but it can be guaranteed that none of them will perform as beautifully and perfectly as Tencent Gaming Buddy. Try the Tencent Gaming Buddy emulator and play your favorite PUBG mobile with your group of friends today!