What You Can Do with HTC Sync Manager

1. Display and manage the data from PC and HTC

When you launch HTC Sync Manager, the program will automatically load local data, like music, pictures and videos, from some system folders on your computer. You can add or remove the locations under each category, such as Music > Music Settings > Display, to change the folders which the program loads data from.
If you connect your HTC to computer successfully and click “Sync” button on the bottom-left corner, the music, pictures and videos on your HTC will also be displayed on the program(but the files are still on your phone, not on your computer).
With HTC Sync Manager, you can play music and videos from computer, and rotate or crop pictures stored on computer. You can not play videos or modify pictures on HTC unless they are copied to computer, but you can play HTC music directly. 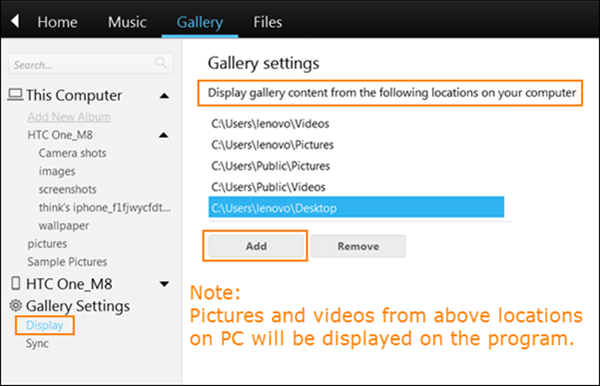 2. Move data between HTC and computer

If some pictures, songs or videos loaded from computer do not exist on your HTC, the rectangle icon under those pictures or songs will be gray. You can click the gray icon to send data to your phone. Inversely, you can also copy phone pictures, songs or videos to a catalog on your computer by using the right-click menu. The data will be saved to the default display folder.
You can also customize sync settings to sync data from HTC to computer automatically. Go to Home > Sync Settings, the program will display your HTC model and a list of items. You can click each item to customize settings. Then click “Sync” button. Nevertheless, in our test, the synced data were not saved to the default display folder, but to a folder next to it. 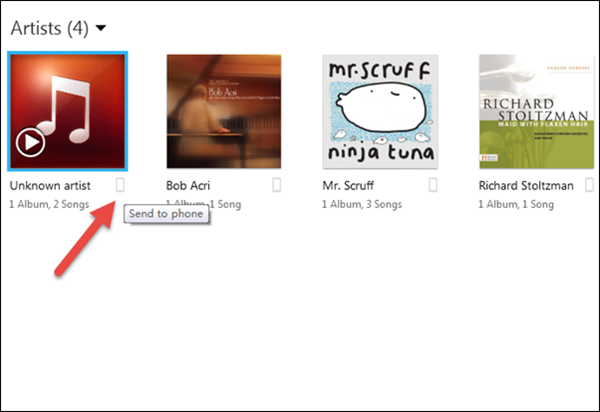 3. Transfer data from iPhone or Android to HTC

Go to Home > Transfer & Backup, there are two options under “Transfer Content” which allow users to transfer data, like contacts, messages, photos, videos, etc., from iPhone or Android. However, actually, it can only transfer iTunes backup data on your computer, not directly from iPhone. And the Android to HTC transfer is conducted between an Android phone and an HTC with a mobile app named “HTC Transfer Tool”. 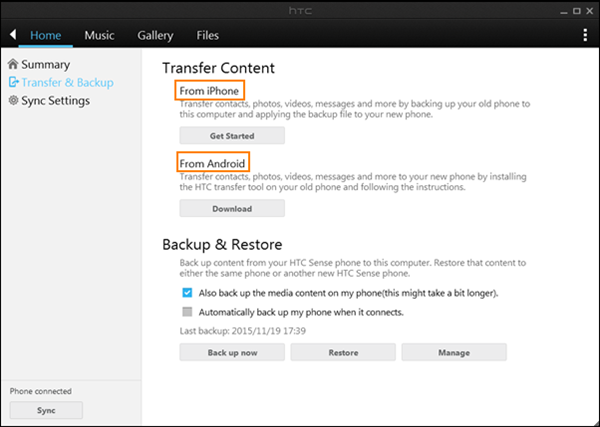 The function of transferring iTunes backup to HTC plays great role when your iPhone is lost or not at hand. But actual test shows that it is pretty time-consuming to do it with HTC Sync Manager. People can try another powerful tool, Gihosoft Mobile Transfer, which can not only transfer data from iTunes backup to HTC fast and good, but also transfer data to HTC from iPhone directly. For the operation of HTC Transfer Tool between Android phones, please visit here.

You may have found this function on the same page when talking about data transfer. Users can back up HTC content to computer or restore the content to either the same phone or another new HTC Sense phone. However, new backup file will cover the old one, which is not so considerate. What if you delete some pictures or songs after last backup and before new backup?

If you, unfortunately, lose your HTC data and HTC backup, you could seek help from a professional data recovery tool, Gihosoft Android Recovery Free. With it, you can recover data, like contacts, text messages, call logs, photos, audios, videos, WhatsApp messages and attachments from Android phones, like HTC.

Conclusion
Due to the openness of Android, it is very easy to move data between PC and Android phones by drag-and-drop. As a result, it is not a great advantage for HTC Sync Manager to be able to move data between PC and HTC. As for the function of transferring data, it is acceptable for HTC phone users. Moreover, the backup & restore function is convenient and necessary in consideration of data security. However, a latent application scenario might be the most worthy one to be pointed out. Since it does not need extra operation on phone except connecting HTC to computer, people can back up or copy HTC data to computer even when the screen is broken or blank as long as can be started up.